First published on The London Evening Standard on Friday, 13 August 2021. 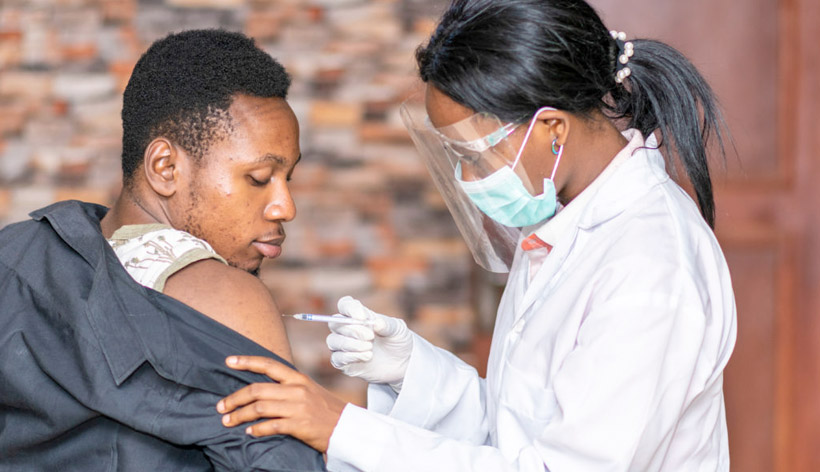 The final week of July marked a gruesome milestone – the highest weekly total of Covid-19 deaths in Africa since the onset of the pandemic.

South Africa and Tunisia alone accounted for over 55 per cent of the fatalities, putting yet more pressure on efficient vaccine delivery.

Dr Nicholas Crisp, deputy director-general of South Africa’s National Department of Health, says: “Do you need a system? Yes, you definitely need a system to find, analyse and plan your next move.”

Using the EVDS system, health facilities are able to schedule appointments depending on jab availability, preventing people from travelling long distances only to be told the vaccines have run out.

Joining forces with the department is Mezzanine, a subsidiary of the Vodacom group. Its ‘digital toolbox’ is called mVacciNation and is being used as a part of the EVDS system landscape to accelerate the provision of Covid-19 vaccines.

“Often, the health system environments we operate in are driven by paper-based processes, which can mean information could take weeks to be updated,” says Dale Sandberg, managing executive for Health and Social Innovation at Mezzanine.

“Our focus is on having a central team which has visibility across a broad range of service points to work out where the gaps are in real time,” she says. 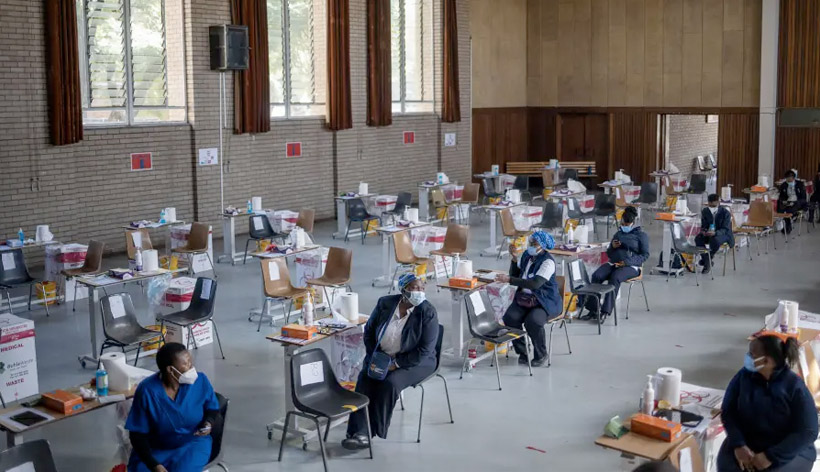 Phase 2 of the vaccination roll-out at the Bertha Gxowa Hospital in Germiston, South Africa / AFP via Getty Images

This live surveillance of vaccine stocks enables health facilities to plan ahead and ensure that the supply of Covid-19 jabs matches the demand. Being able to order the vaccines pre-emptively limits the possibility of the temperature-sensitive vaccines being wasted.

Monitoring supply chains at such close quarters also reduces the chances of vaccines finding their way into illicit markets.

But supply chains form just one part of the equation – the EVDS also registers people onto the system and checks that they’re eligible for the vaccine. Individual health facilities can then schedule vaccination appointments at their own discretion, sending people WhatsApp messages with their time slot allocation.

“We register people on the EVDS if they give us a form of identification. This is so we can follow up if there are any adverse reactions, such as anaphylactic shock,” says Dr Crisp.

Easy access to these different datasets forms the basis of this digital solution which monitors vaccine delivery from end to end.

For Ms Sandberg, data-based solutions like mVacciNation require more than one perspective.

“Mezzanine never enters into a project seeing it as a vacuum. All the different stakeholders in an ecosystem, the public sector, private sector and civil society have different strengths that work well together,” she says. 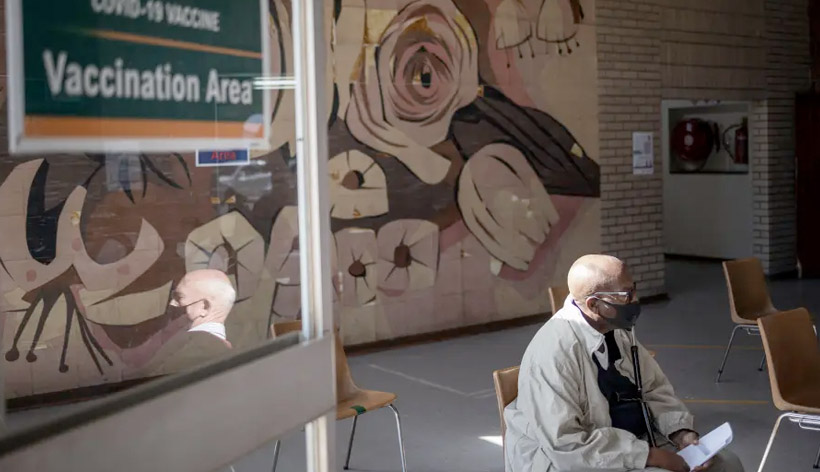 In the past, Mezzanine has worked in countries like Tanzania and Mozambique to provide digital platforms to boost immunisation programs.

“mVacciNation is a solution that supports health system strengthening, including now the emergency response for Covid-19,” says Ms Sandberg.

Yet the EVDS has recently come under fire, with people complaining about waiting times before receiving their jabs and having to cover long distances to get to the vaccination centre they have been allocated.

“We have two countries in South Africa,” says Dr Crisp. “One would compare favourably with the wealthiest in the UK and the other which compares with the poorest anywhere in Africa. Trying to have a system which accommodates both groups is extremely difficult.” 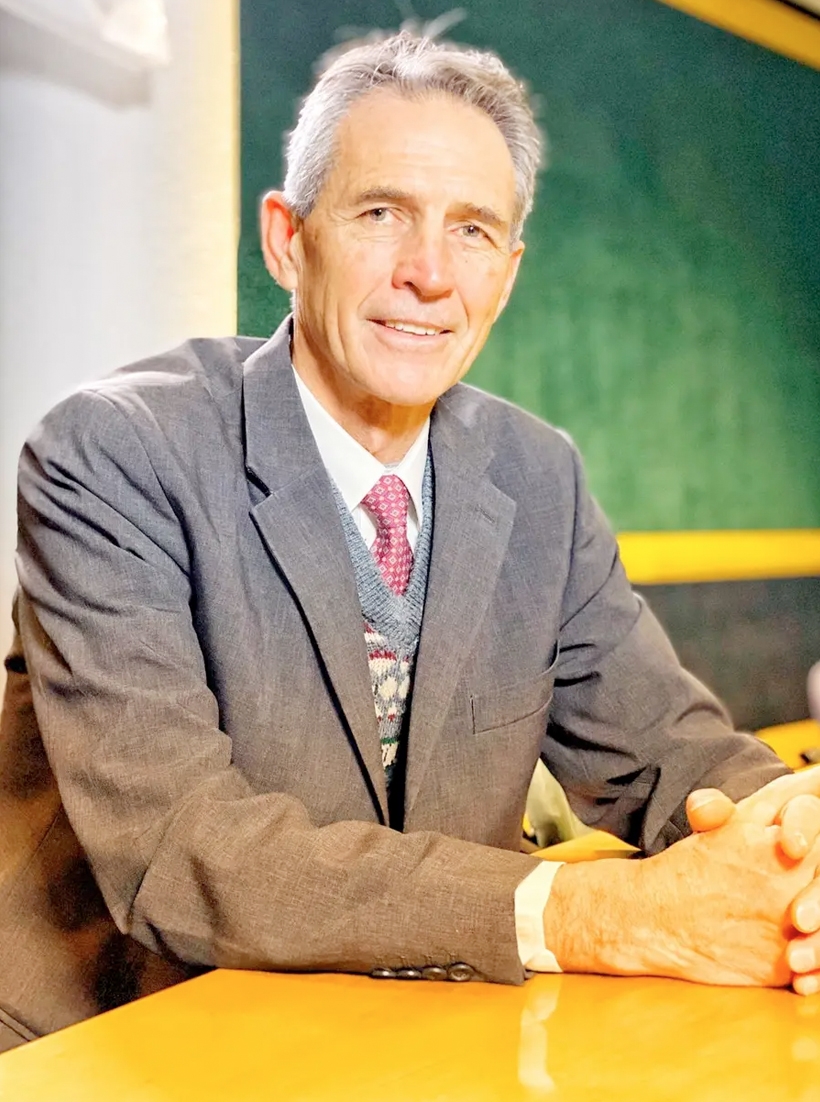 He says that for one segment of the population, “everything must happen yesterday”. For the 40 per cent of young South African adults who are unemployed, it is difficult to travel to vaccination clinics which are far away, but these aren’t the people who are making noise.